If you wanted to drive a TON of traffic to your website, establish your business as an authority, source new leads, and earn a ton of money, ALL THIS AT A CLOSE TO ZERO BUDGET, which digital marketing channel would you use?

A few months back, we managed to get one of our content pieces to go mini-viral, netting us:

Want to learn how we managed to do that?

So, let’s dive right in.

Since publishing this article, we've been using the EXACT strategy mentioned in this article for most of the posts we publish. Our best article managed to net us around $20,000 MRR. So, what we're saying here is, if you replicate what do 1-to-1, you're bound to get amazing results.

So for some background: we’re a digital marketing agency, and a few months back, we wanted to land new leads.

We had experience doing some awesome content marketing for some of our clients, and it was time to put our money where our mouth is.

At the time, we’d just started our own content marketing & SEO operations, and we didn’t have ANY pre-existing audience.

Since our best clients had, at that point, been SaaS companies, we decided to focus on something that would get us SaaS leads.

We asked some of our clients what their pain points with marketing were, and the most common answer was that they didn’t know which tactics and channels they should use.

Which only makes sense - there are hundreds of potential tactics you can use, channels you can advertise on - how do you figure out which ones will work for YOUR business?

So, we decided to create a mega-guide to SaaS marketing, which covers 41+ most effective tactics for marketing a SaaS business.

When we were done with it, the guide was a 14k word value-monster, which we then promoted like hell.

And, well, the results speak for themselves. Over the first month, we managed to get 11,000+ traffic to the guide:

...And that’s not all. We’re still getting traffic & leads from the article today (3 months after publishing the article):

In this content marketing case study, we’re going to teach you EXACTLY what we did to drive this kind of results.

The formula is actually relatively straightforward:

And we’re going to show you how to do both.

For your content to go viral, it really has to be something outstanding.

To get an idea of what we mean by that, Google the topic you want to cover and open up the first 5 articles that pop up.

Your mission, if you choose to accept it, is to create something that’s 10 times better than anything you just found on Google.

Now, you might be thinking, how do you make something that’s 10x better?

What’s good content, anyway? Does it have to be 10,000 words and written by Stephen King?

EPIC content usually falls under one of the following criteria...

It deals with a major pain point

There’s a reason we wrote a mega-guide to SaaS marketing and not something generic like “Top 10 Benefits to Digital Marketing (#4 Will Make or Break Your Startup!)”

We focused on something that’s a REAL problem for our audience - learning new tactics that would work for them.

They don’t care about digital marketing benefits. They already know what they are, and the topic is extremely impractical.

So, they’re NOT going to read the article, and they’re DEFO not going to share it.

Now, to drive the point home, let’s look at a non-digital-marketing example.

A 1,000-word article on what’s the difference between a CV and a resume

The first example deals with a very real pain-point - just about everyone has, at some point, wanted to learn how to create a convincing resume.

The second, while interesting for some people, is NOT going to make you gasp and share it with everyone you know.

There are some topics that have been covered a gazillion times on the web.

If you want to create a guide to keyword research, for example. There are around 200 amazing, long-form, authority guides on that, published by some of the best SEO specialists out there.

It’s going to be really hard to write something that’s 10x better than that. Instead, you want to figure out a topic that deals with a major pain point, but is NOT something that’s been covered again and again for over 2,000 years.

The EXACT SEO processes we use to scale our SEO.

Just another guide to link-building.

The first example is a bit more unique because it’s from the writer’s PoV, and is bound to have more practical pieces of advice that you won’t find in generic articles.

The second, on the other hand, is a topic that’s been written by just about every single TOP SEO expert out there.

All I’m saying is, sure, you can probably cover the topic well, but good luck 10xing something as awesome as Backlinko’s link-building guide.

You use real-life case studies and examples to drive the point home.

This is what adds some serious value to your content - instead of just rewording different sources, you’re actually adding something new to the table.

If you don’t have much experience or case studies on the topic, worry not!

You don’t have to use only your own experiences or case studies. Scour the web, and see what other people have written, and mention THEIR experience.

That’s EXACTLY what we did with the SaaS marketing guide: we read a TON of case studies on the topic, and mentioned them in our guide.

Meaning, your content is jam-packed with graphics, relevant images, and pretty much whatever else that makes it easier to digest.

The way your content looks and reads really matters.

So, we used a TON of visual elements in the SaaS marketing guide. This included screenshots, template boxes:

And a bunch of other minor stuff.

To really differentiate ourselves, though, we also used the Smart Content Filter plugin to make the guide easier to digest. It was, after all, 14k words - not something you read on your lunch break.

You can use the plugin to filter the tactics by:

And the guide will automatically show you the tactics that fit your criteria!

Grab our FREE checklist and discover why!

Way too many content marketers just dish out dozens, even hundreds of posts per month, even though NO ONE’S reading them.

If you want to get REAL results with your content, you need to spend:

Here’s how we handled our promotion.

First off, let’s cover the EXACT list of things we did. You can find the promotion checklist we used here, but to summarize it:

Some of these channels had amazing results, while others, not so much.

So, we’re going to cover the channels as follows:

Keep in mind, though, that this is OUR experience. You might find that YOU get completely different results with the channels that didn’t work for us.

So, let’s start with:

Our winning channels were as follows:

And promoted the article in all the groups that would allow us.

Overall, we posted in ~15+ Facebook groups and got a ton of likes, comments, and positive feedback from most of them.

While a lot of the groups had a no-advertising policy, some of them made an exception because the guide was genuinely useful for a lot of people.

Most of the groups will NOT let you just randomly hop by and post your link with no explanation.

That’s how you get banned.

We basically took 3 of the coolest case studies from the guide, turned them into a well-formatted mini-post, and went with that.

This way, you don’t appear as just a random spammer. You really took your time to FIRST give value to the group, and then asked for something in return (“check out my guide!”).

Amongst (most) marketers, Reddit is known as the no-go zone:

Redditors hate advertisers with a passion.

There is, however, a very simple way to make Reddit work for you.

The key here is to first give a lot of value, and THEN ask for something in return (which is what we did for the SaaS marketing post).

We copy-pasted 3 of the most interesting strategies, formatted them for Reddit, and created this post here on the /r/entrepreneur subreddit.

And, as you can see from the screenshot above, we got a lot of love - 600+ upvotes, and 2 awards (and a TON of positive feedback)!

So, your takeaway from here should be, if you want to advertise your content on Reddit, go in value-first!

There’s not that much to say about this one, unfortunately. We just submitted the post to Hacker News...

And it got a ton of traction (thanks HN!).

The reason this worked is that a lot of SaaS founders hang out on Hacker News, and the guide really resonated with a lot of them.

Need help with your SEO?

Let's skyrocket your traffic together!

APPLY FOR A FREE CONSULTATION CALL

As for the channels with mediocre results, here’s what else we tried:

Now that we’ve covered everything step-by-step, content marketing doesn’t seem as hard, does it?

It really just boils down to the simple formula:

Now, back to you. Try out our strategy, and let us know of the results.

Put in the hustle, and we can guarantee you one thing: you’re going to get jaw-dropping results. 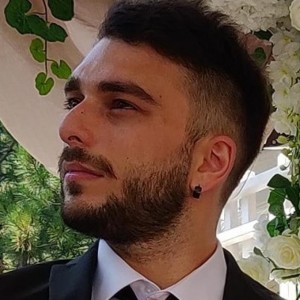 We promise to only send 1 email a month with our very best content.

Join 1700+ other members on r/seogrowth

JOIN R/SEOGROWTH
PrevPreviousOur SEO Process - How to Reach 200,000+ Monthly Traffic
NextHow to Promote Content - 9+ Tactics to Get You ViralNext

Top 10 Industries That Benefit From SEO The Most [+Tips Inside]

4 Ways to Stay Active on Social Media With Publer

Sign up for our newsletter. We promise you're going to love it!

We use cookies to ensure that we give you the best experience on our website. If you continue to use this site we will assume that you are happy with it.OkNoPrivacy policy